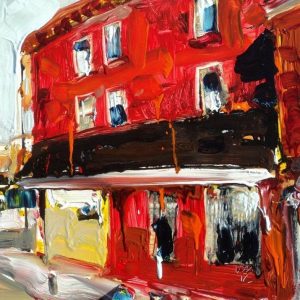 The Fire began in 1999 when Karen Lauria Saillant, opera singer, director and voice coach- who worked with Quest Love, Mutlu, G. Love & Special Sauce, Amen Dunes, David Cope and other artists, took the pool table out of the room of The Philadelphia Bar & Grille, her husband’s shot and beer bar, and replaced it with a tiny stage where her original music singing students could perform. Within a short time, The Fire became a pioneering rock club in the Northern Liberties section of Philadelphia. Today The Fire is the oldest original Philadelphia live music venue and a part of one of the most thriving music scenes on the East Coast.

The Fire is now Philly’s only female-owned venue. We are an artist-friendly establishment with a passion for developing new talent, both local, touring and international- most recently showcasing the best bands/musicians from Scotland, Italy, Brazil, Singapore, Ireland, Chile and other foreign countries, thereby giving local bands on the bill the opportunity to make friends and be hosted in those countries for future performances. The Fire will soon be organizing tours for Philly’s top talent in Italy and Italy’s best musicians in USA. Also, be on the lookout for upcoming professional development and networking events being offered exclusively at The Fire, along with the establishment of Philly’s first virtual reality broadcasting venue. 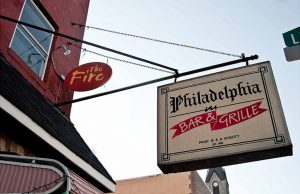 We are proud to host a very diverse calendar, with Monday as one of the longest-running and most passionately supportive open mics in Philly. In fact, it was at our open mic in 2003, that John Legend started his career.

The Fire, soon to celebrate its 20th year, is a warm, fun and friendly place to be. It is THE place in Philly to catch musicians on their way to stardom. Stop in! You are only a stranger once!